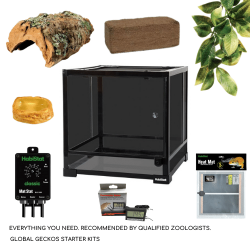 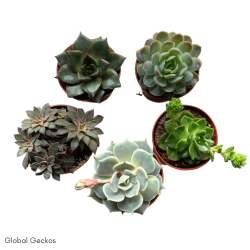 Echeveria sp.  are hardy evergreen succulents originating from Mexico and the southern united .. 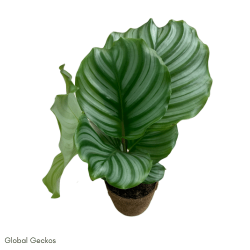 Calathea makoyana, also known as peacock plant or cathedral windows, is a species of plant belongin.. 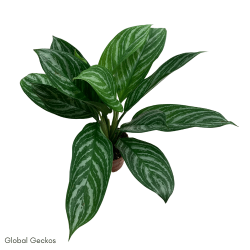 The Chinese Evergreen (Aglaonema Maria) is a common and recognisable house plant that also makes a g..

Cuban false chameleons ( Chamaeleolis barbatus) are native to Cuba. Having never been officially allowed for export into the pet trade all of the captive individuals trace their origins back to original zoo stock that was later released into the pet trade. One of the largest species of anole they are one of 5 closely related species (the Chamaeleolis offshoot of the anoles) which can grow to a maximum of around7inches. Although recent research by Losos (2009) suggests that Chamaeleolis are just an offshoot of anoles meaning officially this species is now Anolis barbatus most people still refer to them as being Chamaeleolis. These charming creatures are specialist snail feeders in the wild but will readily accept most forms of livefood in captivity and we have found they thrive on a diet predominantly composed of locusts. Being lazy by nature and disinclined to bite unless threatened they are sociable creatures absolutely packed with character.

The Exo Terra range of  hanging rainforest plants provides a great alternative to real plants i..

The Arcadia Lamp Guard Pro is an easy to use UV lamp caging system that has been designed to protect..

The Exo Terra Glass Terrarium is the ideal reptile or amphibian housing designed by European herpet.. 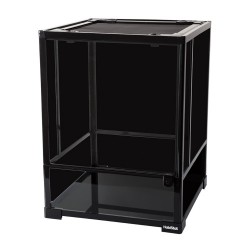 Choosing a home for your reptile, amphibian or invert is an important decision and there are many fa.. 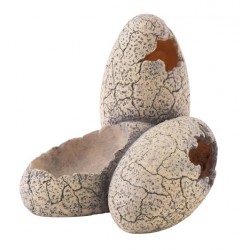 This ornamental Dinosaur Egg Clutch makes an interesting addition to the decor of any vivarium and w.. 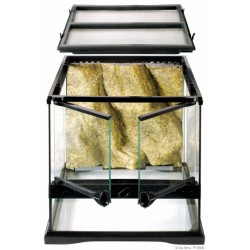 The Exo Terra Glass Terrarium is the ideal reptile or amphibian housing designed by European herpet..